El Capitan, also known as El Cap, is a vertical rock in Yosemite National Park. It is 914 meters high, and is a popular location for rock climbers. The top of El Capitan can be reached by hiking out of Yosemite Valley on the trail next to Yosemite Falls. The challenge for climbers is to climb up the sheer granite face.  Today there are over 70 routes of different problem and danger levels.

The most popular and famous route is The Nose. The Nose was first climbed in 1958 by three Americans in 47 days by using a rope. First free-solo climbing of the Nose was done by Tom Bauman. The first woman who climbed the El Capitan was Beverly Johnson in 1973. The speed climbing record for the Nose was done in 2018 by Alex Honnold, and it took him 1 hour, 58 minutes and 7 seconds to climb it.

Free Solo is a 2018 documentary film that profiles rock climber Alex Honnold on his quest to perform a free solo climb of El Capitan in June 2017. The film won a prize People Choice Award in the Documentaries category. The film got the positive critics and grossed over 21 million USD (dollars).

Chocolate hills are located on island Bohol in Philippines. They get name because of their shape and chocolate colour. There is around 1270 chocolate hills in Bohol. On those hills is just grass. They are famous because they are 100% natural, and not made by humans. They are not interesting just for tourists, but also for geologists and scientists. The highest of the hills is about 120 m high, others are high about 30 to 50 meters. Chocolate hills take up around 20 square kilometres. No one has yet figure out how they came to be. Science is still trying to figure out some reasons for their emergence. Meanwhile, various legends are circulating among the locals. One of them says that the hills were formed during the clash of two giants, which were supposed to be pelted with stones. In the other the hills represent tears. The giant Arogo is supposed to fall in love with an ordinary girl Aloja, but soon she dies. This made the giant cry, and so the hills were formed. 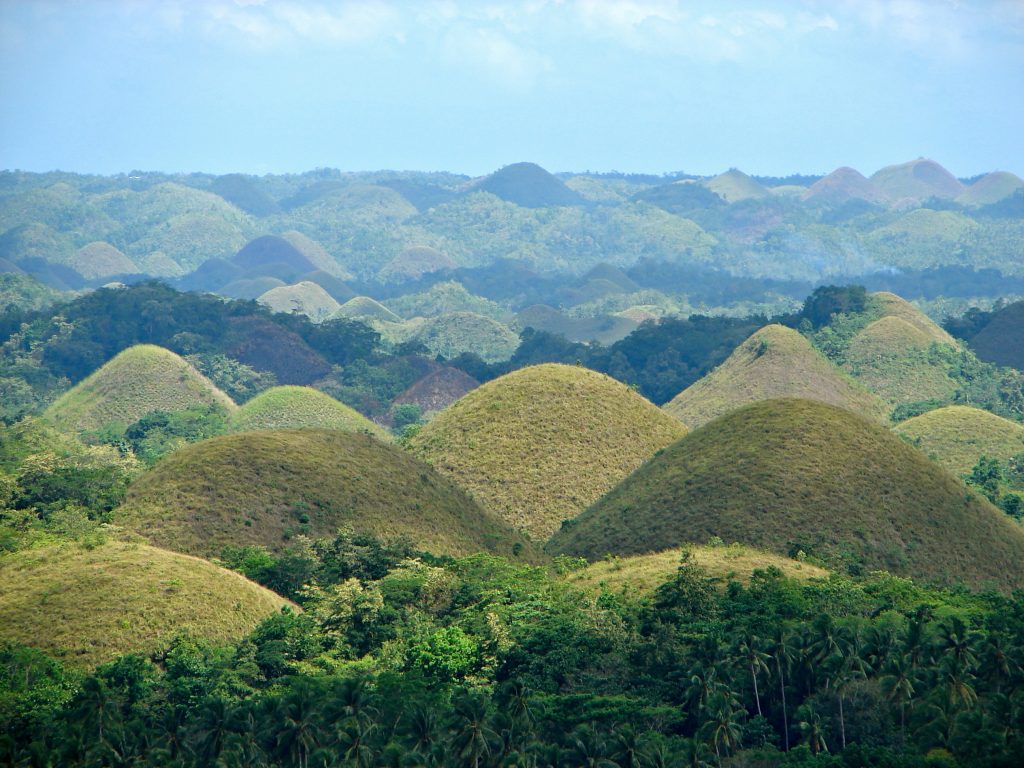